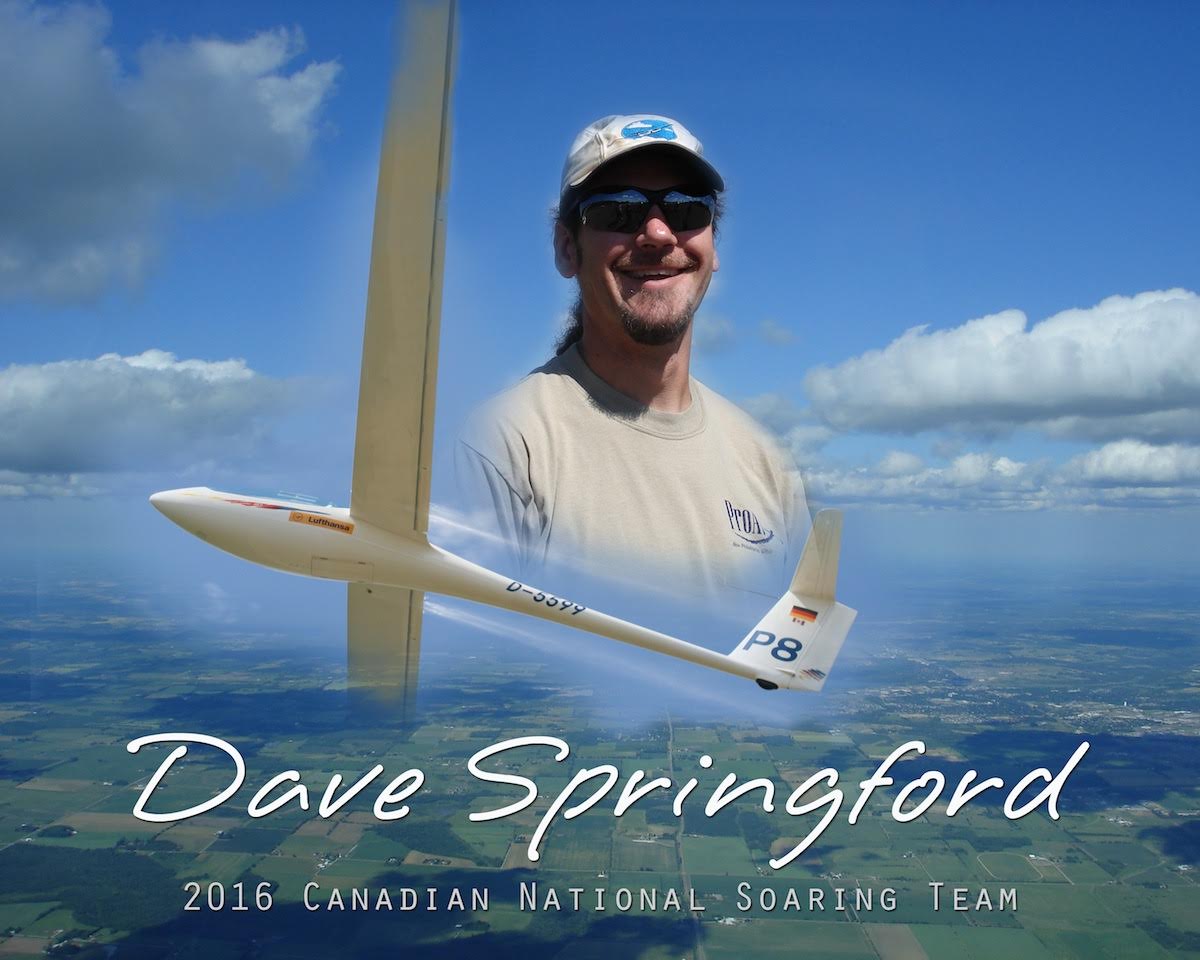 Dave Springford started gliding at the age of 12 when his father taught him how to fly and he earned his glider pilot license at 16.  Dave has been flying in Soaring competitions since 1989 in both Canada and the US and holds 3 Canadian speed records as well as an FAI gold badge with two out of three possible diamonds.  He has accumulated 2900 hours in gliders and flown thousands of cross-country kilometres.  Dave also holds a Commercial Pilot license with a Multi-engine and Instrument rating and is a volunteer glider instructor.

Dave is a member and past President of the SOSA Gliding Club.  He also volunteers his time with the financial managment of the club.  As an instructor, he volunteers to teach student pilots to fly at SOSA as well as coaching members of the Junior Soaring Team in cross-country and competition flying.  He is actively involved in teaching cross country flying through seminars and clinics in both Ontario and Quebec.